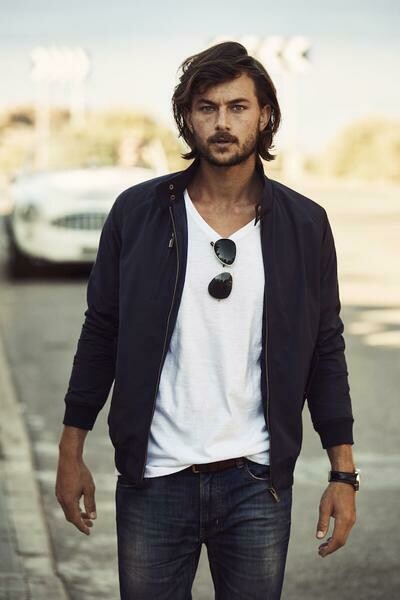 We are proud to be able to offer you this classic, originally British design jacket: the Harrington.

Originally designed by Baracuta (Manchester) in the 1930s, the jacket rose to wider fame in the 50s and 60s when it was favoured by celebrities like Steve McQueen, Frank Sinatra and Elvis Presley. It was known at the time as "G9" (with "G" standing for "Golf") but became famous as the "Harrington jacket", named after Rodney Harrington, a character in Peyton Place.....

Among the characteristics of this iconic jacket are the pockets with buttoned flaps on the front - set at an angle, a mandarin type collar and of course the traditional Fraser clan tartan lining (permission for its use was granted in 1938 by Lord Lovat, Simon Fraser).

The AMOC Harringtons are high quality, light- to mid-weight smart casual jackets that look good on the golf course as well as at a cocktail reception on a Roman piazza.

Save this product for later
Display prices in: GBP

The AMOC Members Shop offers a range of products exclusively available to our Members. Not a Member yourself but wishing to purchase on behalf of one? Please contact us by clicking here